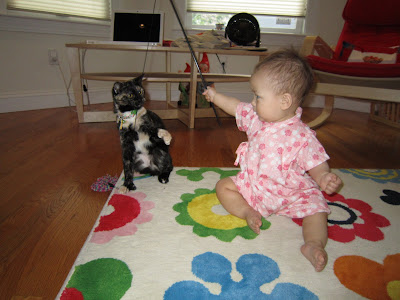 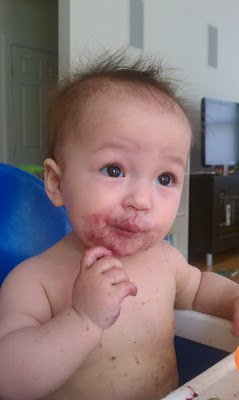 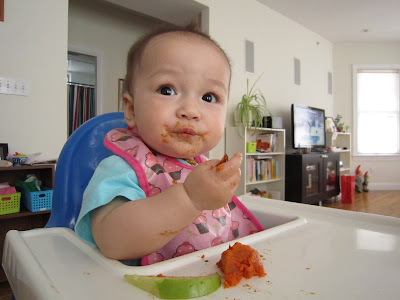 I've been in a blogging funk lately. Or do I have writer's block? I don't know exactly, but I'd like to get back to blogging regularly.
There have been lots of exciting things happening in my life lately. After my husband got a job, we decided to get a car. We were living without a car in Japan and the US for almost 3 years. It was a lot easier to be without a car in Tokyo, because of the extensive train lines that could take us wherever we wanted to go. Living in Boston was still not too bad without a car, but definitely not as easy as Tokyo. And the very, very snowy winter here was hard. It was so cold, and the snow was so deep at times, but we still had to go out with Ichigo. Thank God for our snow boots, ergo baby carrier and good balance. 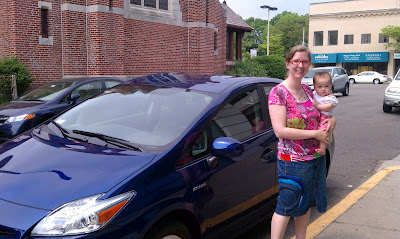 In our minds the first thing to do after getting a car was to adopt a cat!
After we picked up our car, we went to the Animal Rescue League to look at cats that needed a home. We met a very sweet Tortoiseshell cat named Scout, and we decided to make her a part of our family! 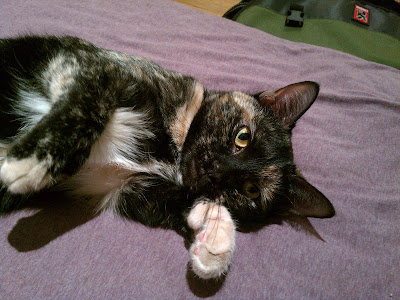 Scout's new name is Koohii (coffee in Japanese), and she is settling in nicely!

It has been pretty surreal to drive again. I had an expired Michigan license, so I went to the RMV and got a Massachusetts license. I actually hadn't driven in about 2 years, so I went for the first car ride by myself. It was like riding a bicycle for me. Ichigo isn't a big fan of riding in the car, so we still have traumatic car rides at times. It helps to make sure that she doesn't need to nurse before we leave. Sometimes she even falls asleep in her car seat. Magical!
Posted by Megan at 8:07 AM 1 comments

The house is empty...

The house is empty...and it is a beautiful thing.
My in-laws were here again for 8 days. For me personally, that's a very long time to share my space. When someone is in my house, I feel like I have to tidy up more than usual, and I don't allow myself much of a chance for rest. So by the end of the visit I was thoroughly exhausted!
My husband is working, and now I finally have a chance to establish a daily rhythm and routine for Ichigo and I.
Yesterday we met up with a new friend and her son for a trip to the Museum of Fine Arts in Boston. It was the hottest, sunniest day that we've had in awhile. The museum was fun. We saw a special exhibit of glass sculptures by Dale Chihuly. But by the end of the day, I had walked about 4 or 5 miles, mostly with Ichigo in the Ergo carrier. I was exhausted! I fell asleep with Ichigo around 8pm!
Posted by Megan at 3:54 AM 0 comments 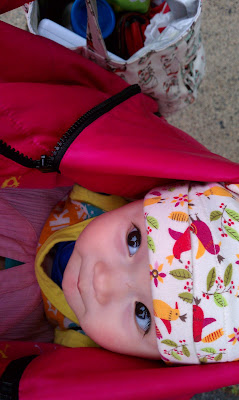 Breathe in. Breathe out. Ahhhhh. Relief.
Are you wondering what I'm going on about? Our family got very, very good news this week! My husband got a job offer after 6 and a half months of unemployment!
We have been unable to return to a true sense of normalcy in our daily lives since we came back to the US, because we were living under the pressure and strain of financial uncertainty. We went through another period like this when we first moved to Tokyo. But at that time, I was working, and my husband was job hunting. This time, I was staying home taking care of Ichigo, so we had 3 people and no income! There were times when I just didn't know how we were going to make it through. And now it is...OVER!
Posted by Megan at 6:39 PM 2 comments 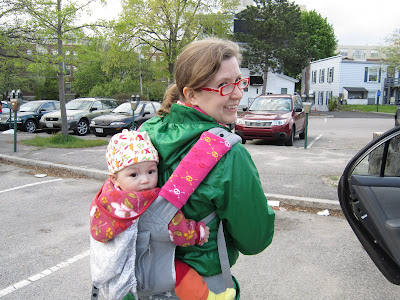 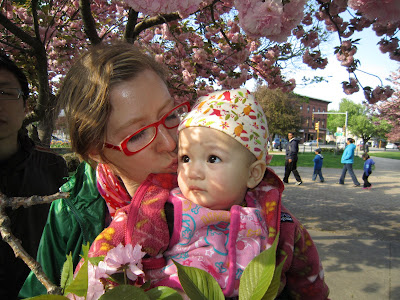 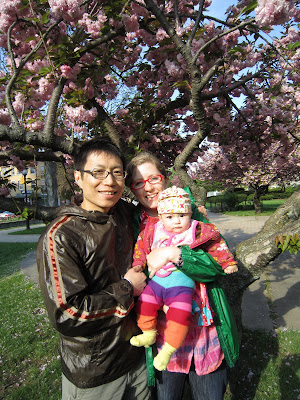 Megan
I'm a stay at home mama to a beautiful daughter. My family recently packed up our lives and moved from Tokyo to Boston.